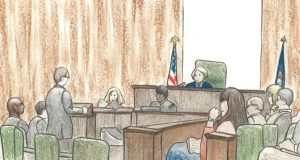 For the last several decades, our trial advocacy specialists have been reexamining the ways that jurors make decisions. Borrowing from the behavioral sciences, we have come to believe that people generally make decisions on an intuitive basis, and then seek to justify them with post hoc rationalizations,[1] and, in so doing, place more weight on facts that tend to support their instinctive reactions, while discrediting or ignoring completely what is inconsistent with our preconceived views.[2] Well, judges are people too. So the first step in briefing or arguing a motion is getting the judge to want to rule in your favor.

Tell the court why you should win. Put aside the factual background, the procedural background, and the standard of review. First, tell the court why you should win. Or why the other guy should lose. Which are often, but not always, the same. This is primarily an exercise in thinking, not writing. What is your “I-just-can’t-get-over-it” issue?[3] And/or what is the other side’s “I-just-can’t-get-over-it” issue that you need to overcome? Then craft that one clear and concise paragraph of essential facts, law, procedural history, policy considerations and/or equities that will make the judge want to rule in your favor, from an intuitive, common sense point of view. In an opposition, you can be a little more on-the-nose: “The motion should be denied because…” followed by your strongest bullet-points. Or: “The central fallacy in Defendant’s position is….”

Citations are not very persuasive. In some situations, the legal authority will be dispositive. But in most circumstances, there is no specific decision which compels a court to rule in a particular way.  To be sure, written decisions often include quotes, approaches, context and/or analyses that are compelling.  But the simple fact that some other judge, in some other case, with some other set of facts, ruled in some way is not, in and of itself, all that persuasive. Yes, the Court will want a case – but mostly to support a decision that he or she has probably come to based on something else.

If you’re not helping, you’re hurting. Many briefs tend to get bogged down in unnecessary factual and/or procedural histories. Neutral-seeming facts are not harmless, because they divert attention away from what is important. If you need to address something unfavorable, the disclosure should to come with a clear and concise explanation of why it’s not dispositive. Briefs similarly tend to get bogged down in unnecessary discussions of the standard of proof or review. Sometimes a concise statement is required under the rules. But, unless the judge is new to the bench, he or she likely has an established way of ruling on particular types of motions.

No acronyms. There is nothing more annoying than coming across a “CIDCL” in the middle of an important sentence and having to stop, and think, and try to remember what that means. You don’t have to explain that you mean “Chevron International Drilling Company, Limited” when you say “Chevron” or create a further unnecessary distraction with “CIDCL” – which, let’s face it, is gibberish.[4]

Take the initiative. Often, there is one overriding issue in a case. Typically, it will be raised by the defendant in a motion for summary judgment or other motion at 5:00 o’clock on the last possible day. Don’t let this happen. Make it your motion, so that you get to frame the issue, so that you get to make the first impression, and so you get to go first and last.

Always answer the judge’s question. We have all experienced that cringeworthy moment in the courtroom when the judge asks a question that a lawyer simply won’t answer. Don’t be that lawyer. Even if you think the answer is four or five slides away, say “Thank you, Your Honor, I was planning to address that more fully, but the short answer to your question is….” You should also make sure that you ask the court whether it has any questions. If I am the movant, I typically ask the judge if he or she has any questions before I sit down; if I am opposing a motion, I will sometimes do it right off the bat.

Don’t get thrown off by opposing counsel. Particularly when arguing in opposition to a motion, I am frequently tempted to go “off-script” and respond to something that the opposing counsel has said. Whenever I do, I almost always regret it. Yes, you should have the flexibility to respond to questions or comments that the judge has asked or made. But, in opposing a motion, you generally want to try to re-frame the issue, so that the judge is answering a different question than the one that the other side has posed. This requires planning and discipline. If they have thrown you a “softball” or raised something completely new that you feel you have to address, it is generally better to stick to your outline, and then do it at the end.

It’s an art, not a science. Every case, every argument is different. There are counter-examples and exceptions to everything I just said.

[Note – An edited version of this article appears in the Good Counsel section of TRIAL Magazine: Steve Herman, “Back to Basics – Briefing and Arguing Motions” TRIAL (Oct. 18, 2019), p.18.]