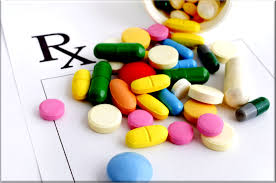 The U.S. Fifth Circuit, applying Texas Law, affirmed summary judgment in favor of a pharmacy which negligently gave one of its customers the wrong medication. The court held that a pharmacy owes no duty of care to third parties injured on the road by a patient who was given someone else’s prescription.  Affirming, the Court of Appeal reasoned as follows:

“We have little difficulty concluding that the Texas Supreme Court would not impose a tort duty between pharmacies and third parties of the type the plaintiffs here advocate.  The Texas Supreme Court has described foreseeability as the foremost and dominant consideration in the duty analysis, and we agree with Walgreens that the harm caused to Martinez and the Longorias was not a foreseeable consequence of Walgreens’s alleged conduct. Most importantly, it was not sufficiently foreseeable that a pharmacy customer would take the medication in a bottle intended for someone else, notwithstanding that the label listed someone else’s name and a different medication. To be sure, the foreseeability inquiry does not require Walgreens to have foreseen the precise harm to third parties that in fact resulted from giving Gamboa someone else’s prescription. But where Texas courts have found the risk of harm to a third party to have been foreseeable, the possibility of harm was significantly less attenuated.

“Foreseeability aside, the Texas legislature has shown itself to be both willing and able to undertake the public policy balancing inherent in extensive regulation of pharmacies’ treatment of prescription drugs. For example, Texas law allows pharmacies to dispense dangerous drugs — including any drug that requires a prescription, such as glyburide metformin — only to those with valid prescriptions. It sets forth extensive labeling requirements, including that the label be easily readable and include the name of the patient and the drug’s brand name or generic name. Further, it imposes criminal liability on pharmacists who dispense dangerous drugs without prescriptions or fail to comply with labeling requirements, and imposes civil penalties on those who unlawfully engage in the practice of pharmacy. That is, the legislature has detailed other protections against the risk, and a tort duty to third parties would be in tension with this extensive regulatory scheme. This bolsters our conclusion that the Texas Supreme Court would not recognize a duty of care owed by Walgreens to the plaintiffs in this case.

“The plaintiffs suggest that this degree of legislative involvement actually cuts in their favor, in particular the statutory prohibitions on distributing prescription drugs to someone without a prescription. They disclaim reliance on statute to create tort liability where none would otherwise exist, arguing solely that statutory prohibitions help to more clearly define the standard of care Walgreens owed. But their reliance on statute begs the question of whether Walgreens owed a preexisting duty of care to the plaintiffs as non-patient third parties.

“To the extent that Texas courts are willing to infer a new tort duty from legislation — a rare, but not unheard-of, phenomenon — we disagree that the statutory prohibitions the plaintiffs cite point to a duty here. The Texas Supreme Court has settled that the threshold questions in every negligence per se case are whether the plaintiff belongs to the class that the statute was intended to protect and whether the plaintiff’s injury is of a type that the statute was designed to prevent. We do not doubt that legislative regulation of pharmacies was intended to protect the public health, safety, and welfare. The plaintiffs argue that as members of the public, they are therefore within the class of persons that the legislature aimed to protect by prohibiting the distribution of a prescription drug to someone without a prescription for that drug. Nothing suggests, however, that this statutory prohibition intended to prevent the type of harm that the plaintiffs experienced — rather than preventing harm to the members of the public who ingest potentially dangerous prescription drugs and suffer harm as a result. We therefore cannot infer from Walgreens’s alleged violation of its statutory obligations that its tort duty of care extends to the third-party plaintiffs in this case.”