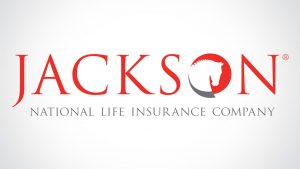 Plaintiffs filed putative class action against Jackson National Life for alleged overcharges in the miscalculation of early-withdrawal fees in breach of their annuities contracts.

Then, turning to the certification order, the Court of Appeals acknowledged “that cases involving form contracts are often prime candidates for class certification because of the common interpretive questions at stake.”  However, the Fifth Circuit determined that the Fifth Circuit’s analysis on predominance was insufficient.

“The district court’s decision not to delve into state-law variations rested on its conclusion that the central interpretive issue in the case could be resolved by parsing the contract language alone. The court thought it unlikely that extrinsic evidence was relevant to interpreting unambiguous form contract terms. Even if that is right, the court needed to conduct an extensive analysis of whether any state-law variations existed and, if they did, determine whether those variations defeated predominance. Whether the district court’s conclusion is ultimately correct or not, its failure to conduct a thorough analysis was reversible error.”

In addition, “the district court erred in assessing the impact of Jackson’s affirmative defenses…. It reasoned that these affirmative defenses would require class members to know not only the facts informing contract formation, such as the advice given by brokers or the contents of prospectuses annexed to the contracts, but also the ‘proper interpretation’ of the surrender charge provisions and the ‘unlawfulness’ of Jackson’s conduct.”  However: “Generally speaking, the knowledge contemplated in the defenses of waiver or ratification is knowledge of the essential facts of a transaction, not the legal effects of those facts…. The district court cited no authority supporting its view that Jackson’s affirmative defenses require class members’ knowledge of legal conclusions. The court cited In re Checking Account Overdraft Litigation, 307 F.R.D. 630, 650-651 (S.D.Fla. 2015), but that decision simply states the general rule that affirmative defenses like ratification and waiver ‘require a party to have had full knowledge of the circumstances in order for the defense to prevail.’ In that case predominance was not defeated by those defenses, however, because the defendant had allegedly engaged in widespread concealment of its illegal scheme — meaning that plaintiffs could ‘undercut its defenses through the use of common evidence.’ No such allegations are present here.”

Finally, the Court of Appeals concluded that plaintiffs had failed to present an adequate damage model. Here, plaintiffs seek two kinds of damages linked to Jackson’s allegedly inflated surrender charges: (1) the excessive charges themselves and (2) the effect of those charges on living and death benefits paid under the annuity contracts. At the certification stage, plaintiffs offered an expert opinion that excessive charges could be uniformly calculated through relevant mathematical calculations appropriately applied to Jackson’s own records. But the report offered no formula for calculating damages related to living and death benefits. Instead, it asserted that the precise details of how the calculation of these additional damages will be performed will depend on what information Jackson makes available. Without separately addressing living and death benefits, the district court concluded that damages could be uniformly calculated based on Jackson’s records and, therefore, would not defeat predominance. We do not question the district court’s conclusion regarding excessive charges…. The more complex damages related to living and death benefits are another matter, however. The expert report plaintiffs relied on offered no indication how those damages would be calculated and, indeed, candidly admitted that it lacked any basis for an opinion. This was inadequate to meet plaintiffs’ burden to show that these kinds of damages are appropriate for class treatment. To be sure, proposed damages calculations need not be exact. But here plaintiffs offered barely a preliminary overview of how these damages might be calculated. On remand, the district court should reassess whether the calculation of damages related to living and death benefits would defeat predominance.”