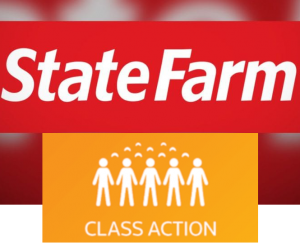 A class of homeowners brought suit against State Farm regarding its promise to pay the Actual Cash Value (ACV) of the damaged portion of the home in the event of a loss. Because “Actual Cash Value” was not expressly defined in the policy, a question arose as to how it should be calculated – in particular, whether the costs of labor should be depreciated?

A class was certified, and both the District Court and the U.S. Fifth Circuit determined, on the breach of contract claims, that the provision was ambiguous, and should therefore be construed against the insurance company and in favor of the insured.

On class certification, State Farm argued that damages will not be susceptible to a mathematical or formulaic calculation because the Court would “have to review not only (1) how much labor depreciation was withheld from each class member; but also (2) the entirety of the factual circumstances related to the class member’s claim. State Farm further argues that this review must include any evidence that State Farm overestimated the cost of replacement. State Farm says that in calculating damages, any overestimation of the cost of replacement by State Farm will have to be subtracted from an insured’s damage award, a fact-specific undertaking.”

Affirming, however, the Fifth Circuit observed that: “There are only two situations in which State Farm may dispute or adjust its initial estimate of the cost of replacement. These two situations occur when an insured makes a claim for the second RCV payment and secondly if an insured disputes State Farm’s estimate of the cost of replacement. The defined class as certified by the district court excludes insureds who are in either of those situations. The class members neither challenge their cost of replacement estimate nor request RCV payments. Thus, any overestimation by State Farm should not be a factor in determining damage awards….  Thus, in any event, whether State Farm made an error in estimating the cost of replacement for any particular claim is a question separate from this class litigation. Here, we are addressing the claim that State Farm breached its contracts by depreciating labor costs. The calculation of damages relating to this claim is properly constrained to the amount of labor depreciation withheld from each class member’s ACV payment.”