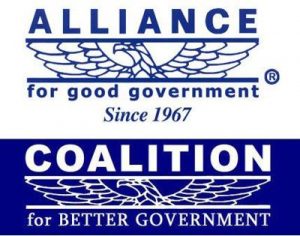 The District Court granted the Alliance for Good Government’s motion for summary judgment against the Coalition for a Better Government, and awarded the prevailing party the full amount of attorneys’ fees requested.  On appeal, the U.S. Fifth Circuit affirmed in pertinent part, modifying the injunction, affirming the “exceptional” case determination, and remanding for reconsideration of the amount of attorneys’ fees.

On remand, the plaintiff learned that the defendant did not have a bank account, financial assets, insurance policies, or property, and, therefore, moved to hold Darleen Jacobs, the president, director and lead counsel for the Coalition, directly liable for fees because Ms. Jacobs was responsible for making the case “exceptional” by her own conduct.

“Notably, Jacobs does not argue that she is not personally responsible for making this litigation exceptional. This is unsurprising, because her conduct was the sole reason this litigation has been exceptional. The Court previously found that Coalition litigated this case in an unreasonable manner by (1) filing a motion for summary judgment raising only an unsupported laches defense; (2) filing a counterclaim without any actionable conduct; (3) filing a motion to dismiss two weeks before filing a motion for summary judgment, which rendered the former moot; and (4) behaving unreasonably during discovery by, e.g., refusing to postpone depositions following the Court’s grant of summary judgment to Alliance, thereby necessitating a protective order. Jacobs is personally responsible for the motion for summary judgment, the counterclaim, and the motion to dismiss because she personally signed them, thus certifying that they were not presented for any improper purpose and were not frivolous. Jacobs was also personally responsible for the protective order because she was the one who insisted on proceeding with the depositions even after the Court granted summary judgment and Alliance informed the Court that it would not pursue its remaining claims. Additionally, on remand from the second appeal, Jacobs attempted to file a brief on behalf of Coalition contesting Alliance’s entitlement to fees, which this Court had already decided and the Fifth Circuit had affirmed. Accordingly, the Court finds that Jacobs is responsible for making this litigation exceptional.

“Second, the Court finds that the requirements of due process are met because Jacobs received notice and an opportunity to be heard: she was personally served with the Court’s order adding her as a party and the motion for attorney’s fees, as well as all responses to the motion, and she was afforded an opportunity to defend against the claim, which she has.

“Finally, the Court concludes that it is equitable to impose attorney’s fees on Jacobs personally because, as the founder and president of Coalition, she is responsible for Coalition’s inability to satisfy the fee award by operating it without dedicated funds or a bank account and paying for its expenses personally.”

After reviewing the fee request for reasonableness, the District Court awarded essentially the full $148,006.15 requested.