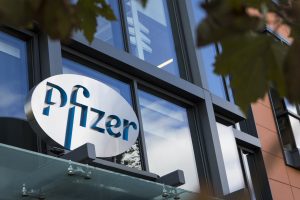 On March 14, 2013, plaintiff was prescribed Xeljanz (tofacitinib) for rhumatoid arthirtis. On March 24, 2017, she went to the hospital complaining of shoulder pain. She was discharged with an arm sling and, four days later, returned to the hospital with complaints of chronic pain, fever, nausea, vomiting, and shortness of breath. After admitting her, hospital staff instructed her to stop taking Xeljanz. The next day, she experienced septic shock due to Streptococcus Group A infection and ultimately experienced multi-organ failure, gangrene, and amputation of all four of her limbs.

With respect to pre-approval, the Court held: “As part of the FDA approval process, manufacturers must submit a proposed drug label that contains certain information. So long as a new drug application contains that required information, the Court fails to see how compliance with the FDA approval process would present an impossible conflict with Arkansas’s duty to warn. A manufacturer could propose a more strongly worded label for the FDA to consider so long as the proposed label also contains the other requisite information. Therefore, Defendant has not shown that it was impossible to comply with both state and federal law and regulations prior to submitting its Xeljanz application to the FDA for initial approval. Bearing in mind the general presumption against finding implied preemption absent a clear congressional intent, the Court finds that Defendant has failed to show that Plaintiffs’ pre-approval failure to warn claims are preempted.”

With respect to post-approval, the Court held: “Taking all of Plaintiffs’ well-pleaded allegations as true, the Court finds that the first step of the preemption analysis is satisfied. Plaintiffs have sufficiently alleged that newly acquired information existed such that Defendant could have used the CBE regulation to change its Xeljanz label….  Moving to the second step of the inquiry, Plaintiffs argue that Defendant cannot show that the FDA would have rejected any change to the Xeljanz label made under the CBE regulation. Defendant offers no argument or allegation stating otherwise. Thus, at this time, the Court cannot find clear evidence that the FDA would have rejected a change to the Xeljanz label made pursuant to the CBE regulation. Thus, Defendant has not shown that it was impossible for it to comply with both its federal labeling duties and its state law duty to warn. Consequently, Defendant has failed to show that Plaintiffs’ post-approval claims are preempted.”