U.S. Supreme Court Holds that “Actual Knowledge” is Subjective, and Not Triggered Constructively by the Mere Receipt of Documents 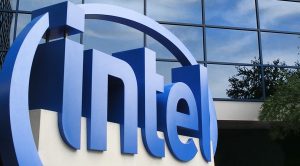 The plaintiff worked at Intel Corporation from 2010 to 2012, and participated in two Intel retirement plans.  In October of 2015, he filed a putative class action alleging that the plan administrators had breached their fiduciary duties by over-investing in alternative assets. Although the plaintiff had received various information regarding the investments during his employment, but testified that he did not remember reviewing the disclosures during his tenure, and stated in a declaration that he was unaware while working at Intel that his investments had been placed into hedge funds or private equity. He recalled reviewing only account statements sent to him by mail, which directed him to the NetBenefits site and noted that his plans were invested in “short-term/other” assets but did not specify which ones.

The District Court granted summary judgment to petitioners, reasoning that it “would be improper to allow Sulyma’s claims to survive merely because he did not look further into the disclosures made to him.”

The Ninth Circuit reversed, construing “actual knowledge” to mean “what it says: knowledge that is actual, not merely a possible inference from ambiguous circumstances.”

The U.S. Supreme Court affirmed the Ninth Circuit: “In everyday speech, ‘actual knowledge’ might seem redundant; one who claims ‘knowledge’ of a topic likely means to suggest that he actually knows a thing or two about it. But the law will sometimes impute knowledge — often called ‘constructive’ knowledge — to a person who fails to learn something that a reasonably diligent person would have learned.” The Court has held in other cases that the word “discovery”, when used in a statute of limitations without qualification, “encompasses not only those facts the plaintiff actually knew, but also those facts a reasonably diligent plaintiff would have known.”  Hence, the addition of “actual” in ERISA signals that the plaintiff’s knowledge must be more than “potential, possible, virtual, conceivable, theoretical, hypothetical, or nominal.”

In addition, with respect to ERISA in particular: