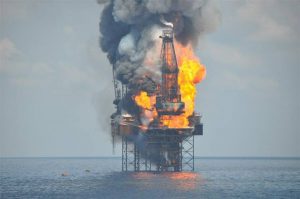 Following an oil well blowout on the HERCULES 265 drilling rig in 2013, the rig’s charterer brought products liability claims against a refurbisher of the rig’s blowout-prevention components, setting off a cascade of counterclaims and third-party demands based on various indemnity provisions in the web of contracts between and among the parties.  After sorting through the assorted defense and indemnity obligations, the U.S. Fifth Circuit reversed the dismissal of the product liability claims.

First, the Court of Appeal reversed and remanded the District Court’s exclusion of plaintiff’s primary liability expert: “Plaintiffs proffered evidence from Bellemare regarding the allegedly dangerous condition of Axon’s products, the third prong of Plaintiffs’ LPLA claim. Axon moved to exclude his testimony, arguing that Bellemare was unqualified and that his analysis was unreliable. The district court, in a document styled ‘Plenary Order’, stated: ‘Axon’s motion to exclude testimony of Simon Bellemare – GRANTED.’ It offered no reasons for its decision.” Axon argued on appeal that the failure to provide written reasons was not reversible error because the District Court’s decision was clearly correct based on the record and a remand would simply waste time and resources.  This argument was rejected.  “When a district court fails to give reasons for its decision to exclude expert testimony, a reviewing court has no way of knowing whether that gatekeeping responsibility has been adequately performed…. Here, the need for the district court to explain its decision was particularly high given the stakes — the exclusion of Bellemare’s testimony could devastate Plaintiffs’ case. His testimony forms much of the evidentiary basis on which Plaintiffs opposed summary judgment on the ‘unreasonably dangerous condition’ issue under the LPLA. While we do not hold that all instances in which a district court fails to give reasons for excluding expert evidence constitute reversible error, we do hold that, in this circumstance, the district court abused its discretion in failing to do so. On remand, the district court should examine afresh the admissibility of Bellemare’s expert testimony and give reasons for its decision.”

Then, the Court of Appeal turned to the ruling on summary judgment. “The district court granted Axon summary judgment because it concluded that Plaintiffs failed to show that a question of material fact existed regarding causation and the unreasonably dangerous nature of the equipment…. Though not entirely clear, it appears that the district court believed that the SEMS and BSEE reports were dispositive on the issue of causation, and that summary judgment for Axon was therefore appropriate. We disagree. Our de novo review of the evidence finds disputes of material fact regarding causation. First, Plaintiffs produced evidence that the BSRs did not seal the drill pipe as they should have. Defense expert Bill Abel testified that flow from the well through the BOP would have stopped had the BSRs sealed properly. Another witness, Wilson, concurred. And a third witness, Bradley Pitts, testified that after the BSRs had been activated, gas continued to flow up through the rig floor and drill pipe. In fact, Pitts testified that the flow was not coming from the still-open choke line but was ‘all coming up the annulus … and the drill pipe.’ A jury could conclude, based on this evidence, that the BSRs did not seal the drill pipe as they should have. Next, there is evidence that the continued flow from the annulus and drill pipe prevented the crew from successfully shutting in the well. Wilson testified that the crew had been unable to undertake ‘normal well control procedures’ because the flow continued. Abel testified that, after activating the BSRs, the crew’s next step would have been to close the choke line by whatever means necessary. Wilson testified that after the BSRs had been remotely activated, three workers attempted to return to the rig floor, but were unable to because the well started blowing out again. And one of the expert witnesses, Terry Brittenham, stated that it is likely that the crew may have been trying to access the rig floor to manually close the choke valve, and that if they had been able to do so, that would have been enough to stop the blowout had the BOP parts worked as intended. This evidence creates a material fact dispute that precludes summary judgment. A fact-finder could reasonably conclude, based on this evidence, that the alleged defect in the BSRs prevented the flow from stopping after the BSRs had been activated. The fact-finder could also conclude that the continued flow prevented the rig crew from being able to manually close the choke flow path. In other words, a fact-finder could conclude that the alleged BSR defect was a ‘cause which, in natural and continuous sequence, unbroken by any efficient, intervening cause,’ produced the blowout and that without the BSR defect the blowout would have been contained.  While other evidence also suggests that crew error may have been an additional cause of the blowout, a reasonable fact-finder still could conclude that a non-defective BOP would have, under the circumstances, allowed the crew to prevent the blowout.”

The Court of Appeal also vacated and remanded the District Court’s holding on “unreasonably dangerous condition” based on the exclusion of plaintiff’s expert and the further lack of reasons articulating the basis for same.

Finally, the Fifth Circuit rejected Axon’s arguments on “reasonably anticipated use” under the LPLA: “Plaintiffs produced evidence that would allow a fact-finder to conclude that the rig crew’s attempt to use the BSRs to stop the in-progress blowout was reasonably anticipated…. Regarding Axon’s second contention — i.e., that it was not anticipated that the crew would try to close the BSRs while leaving the HCR valve open — Plaintiffs’ expert testified that the rig crew’s actions were normal in the industry.”