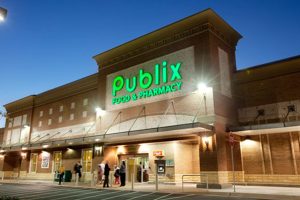 Publix sponsors and administers a self-funded plan which provides medical benefits to eligible employees and their dependents, including the child of an employee who sustained injuries at birth.  The parents instituted a birth trauma medical malpractice suit, which was settled in Florida State Court.  Publix instituted an action in Federal Court under ERISA seeking an equitable lien or constructive trust over the settlement proceeds, which were sitting in the malpractice attorney’s trust account, pending Florida State Court approval of the minor settlement.

The Publix Plan not only obligated the participant to “immediately reimburse the Plan, out of any recovery made from another party, the amount of medical, prescription or other health care benefits paid for the injury or illness by the Plan” entitling Publix “to first and full priority reimbursement out of any recovery to the extent of the Plan’s payments,” but also expressly provided, in the Member Handbook, that when an attorney possesses settlement funds constituting recovery for a member’s covered injury, “the member’s attorney holds the recovery as a constructive trustee for the Plan, because neither the member nor the member’s attorney is the rightful owner of the portion of the recovery subject to the Plan’s lien.”

The U.S. District Court found that an equitable lien over the settlement proceeds had been established, and rejected the malpractice attorney’s arguments on jurisdictional, ethical, and public policy grounds:

“Defendants argue that because the underlying settlement involves a minor, the distribution of settlement proceeds requires supervision by a Florida court. Notwithstanding, this is an ERISA action brought by a plan’s fiduciary to seek a constructive trust or equitable lien on funds, and the federal district court has exclusive jurisdiction….