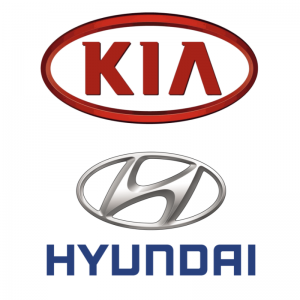 On original hearing, the panel reversed the approval of a national class settlement on the basis that variations in state law prevented class certification – even for settlement purposes – under Rule 23(b)(3).  Rehearing the matter, en banc, the Court noted that the Rule 23(b)(3) factors “must be considered in light of the reason for which certification is sought — litigation or settlement — which is relevant to a class certification.”  As noted in Amchem, where deciding whether to certify a settlement-only class, “a district court need not inquire whether the case, if tried, would present intractable management problems.”

The Objectors, nevertheless, disputed that settlement plays any role in the predominance inquiry, arguing that the test is precisely the same for a settlement class as it is for a litigation class.

“But whether a proposed class is sufficiently cohesive to satisfy Rule 23(b)(3) is informed by whether certification is for litigation or settlement. A class that is certifiable for settlement may not be certifiable for litigation if the settlement obviates the need to litigate individualized issues that would make a trial unmanageable. See 2 William B. Rubenstein, Newberg on Class Actions § 4:63 (5th ed. 2018) (‘Courts regularly certify settlement classes that might not have been certifiable for trial purposes because of manageability concerns’).”

Turning to the multi-state law issue in particular, the Court held that: “Subject to constitutional limitations and the forum state’s choice-of-law rules, a court adjudicating a multistate class action is free to apply the substantive law of a single state to the entire class…. By default, California courts apply California law unless a party litigant timely invokes the law of a foreign state, in which case it is the foreign law proponent who must shoulder the burden of demonstrating that foreign law, rather than California law, should apply to class claims…. Fetsch and Roland do not suggest that application of California law gives rise to constitutional problems. And before the district court, no objector presented an adequate choice-of-law analysis or explained how, under the facts of this case, the governmental interest test’s three elements were met. Further, no objector argued that differences between the consumer protection laws of all fifty states precluded certification of a settlement class. Consequently, neither the district court nor class counsel were obligated to address choice-of-law issues beyond those raised by the objectors, and we will not decertify a class action for lack of such analysis.”