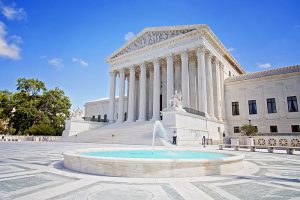 In Wyeth v. Levine, the U.S. Supreme Court held that “clear evidence” that the FDA would not have approved a change to the drug’s label pre-empts a claim, grounded in state law, that a drug manufacturer failed to warn consumers of the change-related risks associated with using the drug. In the Fosamax case, the Court further determined that this question is one for a judge to decide, not a jury; and that “clear evidence” is evidence that shows the court that the drug manufacturer fully informed the FDA of the justifications for the warning required by state law, and that the FDA, in turn, informed the drug manufacturer that the FDA would not approve a change to the drug’s label to include that warning.

The underlying question in analyzing a drug manufacturer’s “impossibility” pre-emption defense in the context of a state law failure-to-warn claim “is whether federal law (including appropriate FDA actions) prohibited the drug manufacturer from adding any and all warnings to the drug label that would satisfy state law. And, of course, in order to succeed with that defense the manufacturer must show that the answer to this question is yes.”

In then concluding that the Court, and not a jury, should decide the issue, Justice Breyer stated that “judges, rather than lay juries, are better equipped to evaluate the nature and scope of an agency’s determination….  We understand that sometimes contested brute facts will prove relevant to a court’s legal determination about the meaning and effect of an agency decision. For example, if the FDA rejected a drug manufacturer’s supplemental application to change a drug label on the ground that the information supporting the application was insufficient to warrant a labeling change, the meaning and scope of that decision might depend on what information the FDA had before it. Yet in litigation between a drug consumer and a drug manufacturer (which will ordinarily lack an official administrative record for an FDA decision),the litigants may dispute whether the drug manufacturer submitted all material information to the FDA. But we consider these factual questions to be subsumed within an already tightly circumscribed legal analysis. And we do not believe that they warrant submission alone or together with the larger pre-emption question to a jury.”

Because the U.S. Third Circuit Court of Appeals treated the pre-emption question as one of fact, and not law, the case was remanded to that court for further consideration.