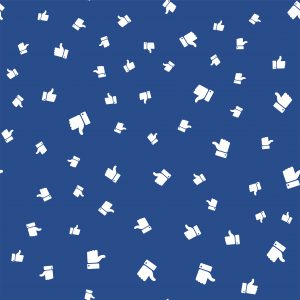 The Florida Supreme Court, in a sharply divided 4-3 decision, finds that “an allegation that a trial judge is a Facebook ‘friend’ with an attorney appearing before the judge, standing alone, does not constitute a legally sufficient basis for disqualification.”

“The overarching concern of the Judicial Ethics Advisory Committee is that a reasonably prudent person would fear that he or she could not receive a fair and impartial trial based solely on the fact that a judge and an attorney appearing before the judge are Facebook ‘friends’ of an indeterminate nature. For the reasons we have explained, we conclude that concern is unwarranted. The correct approach is that taken by the majority position, which recognizes the reality that Facebook ‘friendship’, standing alone, does not reasonably convey to others the impression of an inherently close or intimate relationship that might warrant disqualification.

The dissenting judges, on the other hand, felt that “recent history has shown that a judge’s involvement with social media is fraught with risk that could undermine confidence in the judge’s ability to be a neutral arbiter. For these reasons, I would adopt a strict rule requiring judges to recuse themselves whenever an attorney with whom they are Facebook “friends” appears before them. This rule does little to limit the judge’s personal liberty, while advancing the integrity of the judicial branch as the one branch of government that is above politics…. The premise of the majority opinion is that Facebook friendships and traditional friendships are analogous. But, equating friendships in the real world with friendships in cyberspace is a false equivalency. The existence of a Facebook “friendship” may reveal far more information regarding the intimacy and the closeness of the relationship than the majority would assign it. For example, as the majority explains, once a person becomes “friends” with another Facebook user, that person gains access to all of the personal information on the user’s profile page—including photographs, status updates, likes, dislikes, work information, school history, digital images, videos, content from other websites, and a host of other information—even when the user opts to make all of his or her information private to the general public. Additionally, the ease of access to the ‘friend’s’ information allows Facebook “friends” to be privy to considerably more information, including potentially personal information, on an almost daily basis…. As a practical matter, it is unrealistic to require discovery into the extent of social media “friendship” as a prerequisite to recusal before a valid motion may be filed. An individual judge’s social media, whether it is Facebook, LinkedIn, Instagram, or any other site, is fraught with concerns for the average litigant because it is difficult and intrusive for a litigant to determine with whom the judge has connected, with whom the judge has declined to connect, and what type of communication the judge engages in on these platforms…. Judges in Florida are non-partisan and held to the strictest compliance with the Code of Judicial Conduct to avoid even the appearance of impropriety. Judges, unlike the general public and even other elected officials, accept the responsibility when they take the oath of office and don their black robes that many prior activities may have to be limited for the purpose of maintaining the integrity of our justice system. One of these activities should include the use of social media to communicate, either actively or passively, with attorneys who appear before them. Because public trust in the impartiality and fairness of the judicial system is of the utmost importance, this Court should err on the side of caution. The bottom line is that because of their indeterminate nature and the real possibility of impropriety, social media friendships between judges and lawyers who appear in the judge’s courtroom should not be permitted. Under this rule, the opposing litigant would not be required to delve into how close the Facebook friendship may be, the judge avoids any appearance of impropriety, and Florida’s courts are spared from any unnecessary questions regarding the integrity of our judiciary.”