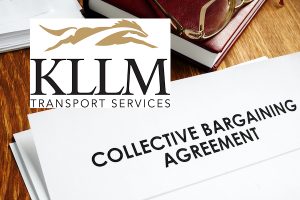 “Group litigation takes various forms, with varying formality. Traditional class actions under Federal Rule of Civil Procedure 23, for example, proceed under well-established procedural safeguards to ensure that the named plaintiffs are appropriate class representatives. But so-called ‘collective actions’ under the Fair Labor Standards Act proceed, well, differently, with district courts applying ad hoc tests of assorted rigor in assessing whether potential members are ‘similarly situated’ – a phrase that the FLSA leaves undefined. The precision of Rule 23 provides useful guidance for when and how to certify a class; the imprecision of FLSA §216(b), not so much. This interlocutory appeal concerns the threshold dispute of any wage-claim collective: How rigorously, and how promptly, should a district court probe whether potential members are ‘similarly situated’ and thus entitled to court-approved notice of a pending collective action? Our circuit has neither adopted nor rejected a definitive legal standard. Today we do both, hopefully providing a workable, gatekeeping framework for assessing, at the outset of litigation, before notice is sent to potential opt-ins, whether putative plaintiffs are similarly situated – not abstractly but actually….

“A district court should identify, at the outset of the case, what facts and legal considerations will be material to determining whether a group of ‘employees’ is ‘similarly situated’.  And then it should authorize preliminary discovery accordingly. The amount of discovery necessary to make that determination will vary case by case, but the initial determination must be made, and as early as possible. In other words, the district court, not the standards from Lusardi, should dictate the amount of discovery needed to determine if and when to send notice to potential opt-in plaintiffs.

“For example, in a donning and doffing case, notice might be justified when the pleadings and only preliminary discovery show sufficient similarity between the plaintiffs’ employment situations. In those types of cases, the plaintiffs all have the same job description, and the allegations revolve around the same aspect of that job. So, a district court will not likely need mountains of discovery to decide whether notice is appropriate.”

In other cases, such as this one, in which workers claiming to be employees were allegedly mis-classified as independent contractors, the plaintiffs have demonstrably different work experiences, and therefore “the district court will necessarily need more discovery to determine whether notice is going out to those ‘similarly situated’.

“Considering, early in the case, whether merits questions can be answered collectively has nothing to do with endorsing the merits. Rather, addressing these issues from the outset aids the district court in deciding whether notice is necessary. And it ensures that any notice sent is proper in scope – that is, sent only to potential plaintiffs. When a district court ignores that it can decide merits issues when considering the scope of a collective, it ignores the ‘similarly situated’ analysis and is likely to send notice to employees who are not potential plaintiffs. In that circumstance, the district court risks crossing the line from using notice as a case-management tool to using notice as a claims-solicitation tool. Hoffmann-La Roche flatly forbids such line crossing.

“In this case, applying Lusardi was inappropriate because the threshold issue here depends on the economic-realities test, which asks how much control the employer had over the independent contractor. Thus, the district court needed to consider the evidence relating to this threshold question in order to determine whether the economic-realities test could be applied on a collective basis. If answering this question requires a highly individualized inquiry into each potential opt-in’s circumstances, the collective action would quickly devolve into a cacophony of individual actions. As KLLM points out, the individualized nature of the economics-realities test is why misclassification cases rarely make it to trial on a collective basis.

“To determine, then, whether and to whom notice should be issued in this case, the district court needs to consider all of the available evidence. For example, KLLM pointed to numerous variations among the Plaintiffs and Opt-ins who joined before any notice, including the length of their contracts with KLLM, which ranged from one month to four years.  KLLM also noted that the Plaintiffs and Opt-ins provided inconsistent discovery responses about the control they had over their profitability – some drivers decided to work only for specific customers or in certain regions, at least one Plaintiff hired an employee to drive for him, and the drivers disagreed as to whether they had to stop for fuel at KLLM’s recommended fuel stops or have their trucks serviced by

rather than third parties.

“Regarding the potential opt-ins to whom the district court authorized notice, the differences were even starker. Over 400 drivers with independent-contractor agreements hired their own employees to help operate the equipment. KLLM offered 41 different compensation arrangements that the drivers could choose from. And drivers had different options for leasing their trucks – they could do so from KLLM or lease or buy a truck from a third party. The district court need not, and should not, disregard this evidence.  These facts affect whether all of KLLM’s independent contractors can be grouped together for purposes of (later) determining the level of control KLLM exercised over their work. The same facts will also be relevant when (later) deciding the ultimate merits issue. And that’s okay. In other words, the same evidence will often serve two purposes, and the district court need not ignore that evidence to avoid using it for the wrong purpose.

“After considering all available evidence, the district court may conclude that the Plaintiffs and Opt-ins are too diverse a group to be ‘similarly situated’ for purposes of answering whether they are in fact employees, or at least that Plaintiffs have not met their burden of establishing similarity. If that is the case, it may decide the case cannot proceed on a collective basis. The district court may instead decide that it needs further discovery to make this determination. Or it may find that only certain subcategories of drivers, depending on their economic dependence on KLLM, should receive notice.

“The bottom line is that the district court has broad, litigation-management discretion here. To be sure, that discretion is cabined by the FLSA’s ‘similarly situated’ requirement and the Supreme Court’s decision in Hoffmann La-Roche. But it is not captive to Lusardi or any ‘certification’ test. It’s unnecessary for district courts, owing to inertia or path-dependence, to continue to invoke and then stretch Lusardi beyond recognition (or reason) to fit the case before it.”