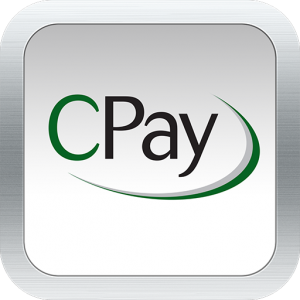 A class action was brought for over 160,000 small retailers who used CPAY for credit card processing. Rather than employing its loosely affiliated agents, CPAY uses form contracts with blanks for the pricing terms, which are subject to negotiation. Individual retailers can select from two basic pricing schemes – “pass-through” or “tiered”. Both focus on the price-per-transaction that credit card issuers impose. Changes to the price-per-transaction must be approved by the issuing banks under the terms of CPAY’s form contract.  Plaintiffs allege that CPAY misrepresented a number of fees, added fees with no value to retailers, and inflated fees without prior approval from issuing banks. Plaintiffs stress that the FTC previously barred, for fraud, CPAY’s founders from selling auction guides. In a single order, the District Court denied summary judgment and certified the class. CPAY appealed the class certification decision.  But the Eighth Circuit affirmed.

“Common questions and common answers predominate here. First, all claims deal with either a common scheme of fraud or a term common to all contracts with CPAY. True, the negotiated pricing terms are different and some contracts authorize some fees that plaintiffs allege were fraudulent. However, all plaintiffs allege failure to get bank preauthorization. The relevant contract term was uniform. Plus, the statements communicating changes to billing were nearly identical. Second, any pricing differences would not affect liability, only damages. If CPAY engaged in a common scheme to defraud plaintiffs, the difference between the bank-authorized pass-through costs and CPAY’s charges measures only the damages to individual class members. At worst, this requires individual proof at the damages phase, which the Court approved in Tyson. Plus, to measure damages the plaintiffs plan to use CPAY’s database. This mirrors the evidence approved in Tyson, where a statistical expert determined the average amount of time employees spent donning and doffing their gear. Slight variation in actual damages does not defeat predominance if there are common legal questions and common facts.  Third, that some contracts authorize a PCI Noncompliance Fee or a TSSNF Fee does not defeat predominance. The actual extent of inquiry required here is cursory. Plaintiffs’ expert, in calculating damages, need identify only whether a contract authorized a PCI or TSSNF fee. Because this inquiry is not highly individualized, it does not defeat predominance. Fourth, that changes in bank rates cause tier shifts does not defeat predominance. Plaintiffs’ claim is that the issuing banks did not change their interchange rates, but CPAY moved whole classes of transactions to a higher-priced tier. If issuing banks did change interchange fees, plaintiffs’ claim fails. If no change occurred, CPAY’s defense fails.

“According to CPAY, RICO claims based on fraudulent concealment or misrepresentation in billing are not susceptible to classwide proof of reliance, especially where contracts authorized the billing practices. Plaintiffs counter that their RICO claims stem from misrepresentations in performance, including misleading justifications for rate increases as ‘pass-through’ costs.  When a court evaluates a RICO claim for proximate causation, the central question it must ask is whether the alleged violation led directly to the plaintiff’s injuries…. CPAY’s arguments about reliance misstate current RICO law in the same way as the petitioner in Bridge v. Phoenix Bond & Indem. Co., 553 U.S. 639 (2008). Although reliance is required for common law fraud, RICO’s predicate is mail or wire fraud, which did not exist at common law. The requirements for common law fraud are not read into RICO. Thus, plaintiffs are correct that overpayments from a pattern of systemic mail fraud in CPAY’s billing would satisfy RICO’s causation requirements and be common among all plaintiffs.”