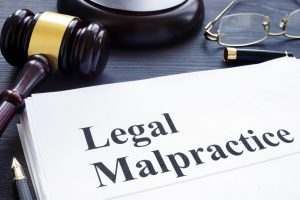 The plaintiff was injured in an automobile accident and retained an attorney to file suit on her behalf. The suit was not filed timely, and a legal malpractice action ensued. The defendant in the legal malpractice case argued that the plaintiff should be limited to the policy limits that would have applied to the underlying auto tort case.  But the Louisiana Supreme Court held that the issue of “collectability” was not an affirmative defense.

“Defendants argue ‘it is maxim in Louisiana legal malpractice cases that a plaintiff shall have no greater rights against her attorney than she had against the tortfeasor-defendant in the underlying case,’ and allowing Ms. Ewing to recover more from Mr. Granger than she could have collected against Mr. Melancon would violate this rule. Defendants’ argument is drawn from a sentence in this court’s opinion in Costello (‘A plaintiff can have no greater rights against attorneys for the negligent handling of a claim than are available in the underlying claim’).  However, Costello did not involve the issue of collectibility.  Rather, Costello concerned the lack of any factual support for the third prong of plaintiff’s malpractice claim (proof of loss or damages) primarily because the plaintiff had settled her lawsuit in the underlying claim providing her with the relief she originally sought…. The same principle would apply in a case where the defendant attorney successfully demonstrates the plaintiff could not have prevailed on the merits regarding liability in the underlying tort claim.

“Moreover, applying the collectibility rule assumes that the underlying tortfeasor will remain insolvent or unable to pay for the life of the judgment. But impecunity is a snapshot in time. Under Louisiana law, a money judgment is valid for ten years and may be revived for successive ten-year periods if appropriate steps are taken. It would be inherently unfair to deprive the malpractice plaintiff of recovery against the negligent attorney if the underlying judgment would be collectible at a later point in time, within the statutory prescriptive period for satisfaction of a judgment.

“A money judgment rendered against a tortfeasor has intrinsic value, regardless of collectibility of that judgment. We hold collectibility is not relevant to the correct measure of a legal malpractice plaintiff’s damages. This is consistent with the policy set forth by this court in Rodriguez v. Traylor that the financial condition of the defendant is not a proper consideration in the determination of compensatory damages. We will not allow a malpractice defendant to assert a defense based on the wealth or poverty of the underlying tortfeasor when a defendant in any other type of tort action could not assert a similarly based defense.”