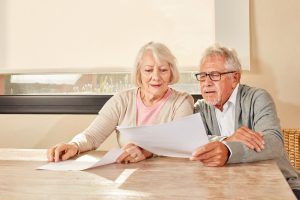 Defendants market and administer retirement and health benefit plans to various employers. Employers can sign up to provide their employees with benefits through Defendants’ offerings or they can retain Defendants to merely keep records and supply administrative services.  The named plaintiffs are current and former employees of a company that contracted with the Defendants for various services. They sue under ERISA, alleging that the Defendants accepted excessive fees, handpicked providers to maximize its profits, controlled disbursements from the trusts for its own benefit, and unlawfully procured indirect compensation. The District Court certified a class of the participants of all plans administered by Defendants under 23(b)(1)(B).  The U.S. Fifth Circuit reversed.

Liability, the Court found, will “turn on whether FBG (1) was a fiduciary as to each plan and (2) received too much compensation. But FBG informs us – just as it told the district court – that differences in fees, structure, and assignment of responsibility among the many plans negate the possibility of a common answer to those issues. The plaintiffs reply that the documents governing each plan are materially indistinguishable, such that the analysis pertaining to one plan will apply to all. FBG retorts that there are fundamental and dispositive differences among the plan documents.  Faced with those warring factual contentions, the district court needed to resolve whether there were relevant differences among the many plans – and, if so, to explain why they did not prevent classwide resolution of the common issue. Instead, the court offered only its unsupported assurance that FBG’s fiduciary status is capable of classwide resolution. It is an abuse of discretion to find commonality on such a thin survey. An issue is not capable of classwide resolution just because the district court, without explanation, says it is.”

The Court also reversed on the certification under Rule 23(b)(1)(B).  Yes, the subsection has generally and historically encompassed actions charging a breach of trust by a fiduciary similarly affecting the members of a large class of beneficiaries because such actions require an accounting or similar procedure to restore the subject of the trust.  But: “Even if a proposed class appears, at first glance, to be an historical example of a 23(b)(1)(B) class, the court must look closely at the facts to ensure that separate adjudications as to each class member would indeed impair nonparties’ ability to protect their interests.”  As argued by the Defendants: “even assuming that the relief sought for one individual’s claim would be dispositive of another individual’s claim in the same plan, that relief would not affect, much less be dispositive of, claims under the other plans. Different plans require their own liability and damages analysis, and their own respective accountings or other relief.”