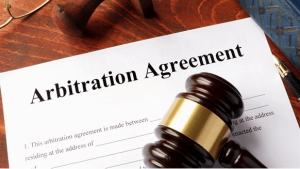 “Arbitration can be an efficient way to resolve disputes – or a weapon for the economically powerful.  Regardless, Conrad dutifully agreed to arbitrate this dispute, as so many employers insist employees do as a condition of employment.  But then, Conrad won what perhaps Sun Coast did not but should have anticipated in light of the plain language of its arbitration agreement: a clause construction award from the arbitrator allowing him to proceed with class arbitration. In response, Sun Coast not only challenged the award in district court, but then pursued a meritless appeal – an appeal premised on a theory not only contradicted by the plain language of the arbitration agreement, but one that Sun Coast had forfeited ‘not once, but twice’ by failing to present the issue to either the arbitrator or the district court. But here’s the real problem: Sun Coast denied that it forfeited the issue, claiming it cited a Third Circuit precedent (Opalinski) to the arbitrator. But Sun Coast failed to disclose that there are actually two Opalinski decisions from the Third Circuit — and that the one cited by Sun Coast was not the one that (arguably) might have avoided forfeiture. And then, to top it all off, after we announced that no member of our panel saw any need to hear oral argument in this obviously meritless appeal, Sun Coast responded with a remarkable motion insisting on oral argument. Counsel wrongly claimed that ‘oral argument is the norm rather than the exception,’ and that our court would be guilty of ‘cafeteria justice’ if we denied the motion – ignoring the established federal circuit practice of sparing parties the expense of having counsel prepare for argument in the overwhelming majority of appeals.”

Plaintiff, thereafter, sought to impose sanctions upon Sun Coast for a frivolous appeal under Rule 38.  Which was denied.

The U.S. Fifth Circuit initially noted that the case for Rule 38 sanctions is strongest in matters involving malice, not incompetence.  In this case, the Court found incompetence, not malice.  “Perhaps Sun Coast earnestly (if mistakenly) believed it had a valid legal claim to press. Or perhaps it was bad faith — maximizing legal expense to drive a less-resourced adversary to drop the case or settle for less.  See  956 F.3d at 340 (“Another tactic powerful economic interests sometimes use against the less resourced is to increase litigation costs in an attempt to bully the opposing party into submission by war of attrition”) (citing  DIRECTV, 136 S.Ct. at 476 n.3 (Ginsburg, J., dissenting)). Or perhaps its decisions were driven by counsel. See, e.g., Gurule v. Land Guardian, Inc., 912 F.3d 252, 262 (5th Cir. 2018) (Ho, J., concurring) (discussing churning by attorneys).  But we must resolve the pending motion based on facts and evidence — not speculation. We sympathize with Conrad, for he has endured unfortunate delay and expense in the enforcement of his rights, and those of his class members, under the Fair Labor Standards Act. But we conclude that this is a time for grace, not punishment. We hope that there will not be any further unnecessary delay in these proceedings – and that Conrad can take some comfort that we have warned Sun Coast about its behavior.”