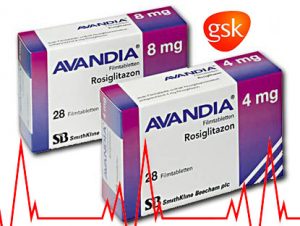 Health benefit plans brought suit against GlaxoSmithKline for falsely marketing Avandia while concealing data with respect to its potential cardiovascular risks and other side effects. The plans allege that they would not have placed Avandia on their formularies if GSK had disclosed the cardiovascular risks, particularly since Avandia was considerably more expensive than the alternatives.

The U.S. Third Circuit Court of Appeals reversed the District Court’s dismissal of state consumer protection act claims based on preemption. “GSK has failed to satisfy either prong of Merck’s two-prong test” the Court held. “First, GSK has not shown that it fully informed the FDA of the justifications for the warning required by state law. In the Letter, the FDA itself stated that it had ‘reviewed the data provided by GSK and found that the information presented is inadequate.’ Further, the FDA indicated that GSK needed to submit various data and information ‘in order to address the deficiency of this application.’ Thus, GSK cannot demonstrate that the FDA was fully informed of the justifications for the warning, because the FDA itself stated that it was inadequately informed….  GSK argues that it ‘fully informed’ the FDA because GSK…provided all ‘material’ information to the FDA…. This argument turns the regulatory regime on its head. The FDA, not GSK, is the entity with power to approve or refuse a change to a drug’s label, and in making such a decision…. GSK is not the arbiter of which data and information is or is not ‘material’ to the FDA’s decision to approve or reject a change to a drug’s label—the FDA, and only the FDA, can determine what information is ‘material’ to its own decision to approve or reject a labelling change.”

“Second, GSK cannot show that the FDA informed it that the FDA would not approve changing the drug’s label to include the relevant warning. GSK directs the Court’s attention to the Letter as proof that the FDA rejected the proposed warning. The Letter indeed stated that GSK’s Prior Approval Supplement for a label change was ‘not approvable,’ but the FDA indicated that this was so because the ‘information presented by GSK was inadequate.’ The FDA then required GSK to ‘amend the supplemental application,’ stating that ‘any amendment should respond to all the deficiencies listed’ in the Letter.  Thus, it is clear from the very text of the Letter that the FDA did not consider GSK’s Prior Approval Supplement ‘not approvable’ because it was unconvinced of the need for a strong warning on myocardial ischemic events; rather, the FDA considered the Prior Approval Supplement ‘not approvable’ because it contained various ‘deficiencies’ that the FDA required GSK to ameliorate prior to the FDA’s making a final determination. At most, the Letter indicates that it is possible that the FDA could have rejected the label change after receiving the various data and information it requested from GSK, but as the Supreme Court has reiterated, the ‘possibility of impossibility is not enough.’”