U.S. Fifth Circuit Affirms Dismissal of Putative Securities Class Against Some Corporate Officers, but Reverses and Remands as to CFO 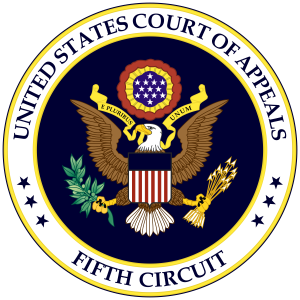 The plaintiff is a pension fund representing a putative class of investors against Hanger, Inc. and three of its officers. The Fund’s allegations are based predominantly on a report by Hanger’s Audit Committee after the company restated its financial results. That report indicates that some defendants set an inappropriate “tone at the top” and engaged in improper accounting. The District Court granted the defendants’ motions to dismiss, holding that the complaint did not adequately allege scienter.  The U.S. Fifth Circuit affirmed as to some of the corporate officers, but reversed as to others.

Viewing the allegations holistically, scienter as to two of the defendants (the two successive Presidents and CEO/COO) could not be strongly inferred. As to McHenry (the company’s CFO), however, the Court of Appeal found that the allegations do support a strong inference of scienter. From the Audit Committee’s report, the Court could infer that McHenry intended to enhance Hanger’s financial results. Taking the allegations holistically, McHenry’s having had the requisite state of mind is “cogent” and “at least as compelling” as the alternate explanations. The Court founds that McHenry’s scienter can be imputed to the company, but only as to his allegedly false statements.

The defendants argued that the dismissal could nevertheless be affirmed, as the plaintiffs did not sufficiently allege loss causation.  But this argument was rejected. “For a plaintiff to plead loss causation adequately, the negative truthful information (‘corrective disclosures’) must not have already been known to the market: If it were, the stock price would have incorporated that information, and its disclosure could not have caused a loss. At the pleading stage, plaintiffs are required to allege the truth that emerged was ‘related to’ or ‘relevant to’ the defendants’ fraud and earlier misstatements. The test for relevant truth simply means that the truth disclosed must make the existence of the actionable fraud more probable than it would be without that alleged fact, taken as true. The corrective disclosure need not be a single disclosure; rather, the truth can be gradually perceived in the marketplace through a series of partial disclosures.”  In this particular case, the three corrective disclosures identified build on one another. The Fund alleged that, in falsely overstating Hanger’s Medicare audit success and without sufficient internal controls, the defendants did not adequately reserve for the audit failures in Hanger’s accounts receivable, which reflected this expected revenue. The disclosures about decreased growth in same-store sales and delaying financial results revealed problems with Medicare audits and internal controls. The February 8-K also revealed that these problems were likely not isolated, plausibly indicating that they had caused significant overstatements of Hanger’s accounts receivables over a prolonged time period. Coupled with the immediate drops in stock price, and “in the absence of any other contravening negative event,” the Fund has adequately pleaded loss causation.