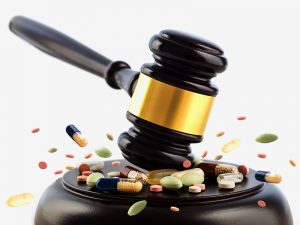 As a tag-along to the small and relatively short-lived Eliquis MDL, the U.S. Second Circuit Court of Appeals affirmed the MDL Court’s denial of various motions to remand to State Court where a home-state defendant had been sued, but not served, at the time of removal.  “While it might seem anomalous to permit a defendant sued in its home state to remove a diversity action, the language of the statute cannot be simply brushed aside. Allowing a defendant that has not been served to remove a lawsuit to federal court does not contravene Congress’s intent to combat fraudulent joinder. In fact, Congress may well have adopted the ‘properly joined and served’ requirement in an attempt to both limit gamesmanship and provide a bright-line rule keyed on service, which is clearly more easily administered than a fact-specific inquiry into a plaintiff’s intent or opportunity to actually serve a home-state defendant.”

The Court also affirmed the dismissal of the various complaints based on Federal Preemption.  “To state a claim for failure-to-warn that is not preempted by the FDCA, a plaintiff must plead a labeling deficiency that Defendants could have corrected using the CBE regulation. If the plaintiff meets that standard, the burden shifts to the party asserting a preemption defense to demonstrate that there is clear evidence that the FDA would not have approved a change to the prescription drug’s label….  Plaintiffs’ claims here fail at the first step because they consist of conclusory and vague allegations and do not plausibly allege the existence of newly acquired information that could have justified Defendants’ revising the Eliquis label through the CBE regulation. For example, the operative complaint alleges that ‘before and after marketing Eliquis, Defendants became aware of many reports of serious hemorrhaging in users of their drugs’ and that ‘numerous studies published after Eliquis’ approval in 2012 confirm the problematic bleeding events associated with Eliquis. However, for these reports and studies to constitute newly acquired information, as the term is defined in 21 C.F.R. §314.3(b), they must have revealed risks of a different type or greater severity or frequency than previously included in submissions to the FDA. As the district court observed, the complaint provides no basis upon which the court could conclude that the bleeding events covered by the alleged reports and studies presented a different type of risk than those the company had discussed with the FDA, or were more severe or more frequent than bleeding events that the government already knew about.”