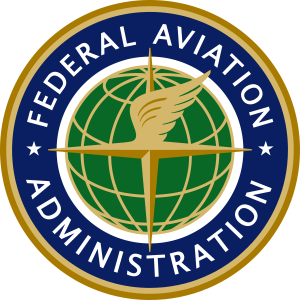 Following the crash of a Cessna in North Carolina in 2005, the plaintiff filed suit, claiming that the aircraft lost power as a result of a defect in the engine’s carburetor.  Twice, the district court granted summary judgment in the engine manufacturer’s favor, and, twice, the U.S. Third Circuit Court of Appeal reversed.

The 2016 Court of Appeal decision:

Initially, the Court of Appeal determined that the ordinary presumption against preemption applied.

The Court then turned to the question of Congressional intent. Although the Federal Government has “overseen certain aspects of aviation, such as air traffic control and pilot certification, since the early days of flight, there was little question when the Civil Aeronautics Act was adopted in 1938 that common law standards governed tort claims arising from plane crashes. It is therefore significant that the Federal Aviation Act, which succeeded the Civil Aeronautics Act and remains the foundation of federal aviation law today, contains no express preemption provision. In fact, it says only that the FAA may establish ‘minimum standards’ for aviation safety — statutory language the Supreme Court has held in other contexts to be insufficient on its own to support a finding of clear and manifest congressional intent of preemption.”

Federal Regulations, similarly, are “devoid of evidence of congressional intent to preempt state law products liability claims. The FAA, in the letter brief it submitted as amicus curiae in this case, takes the position that the Act and these regulations so pervasively occupy the field of design safety that, consistent with Abdullah, they require state tort suits that survive a conflict preemption analysis to proceed under federal standards of care found in the Federal Aviation Act and its implementing regulations.” However, “three fundamental differences between the regulations at issue in Abdullah and those concerning aircraft design, along with the agency’s inability to specifically identify or articulate the proposed federal standard of care, lead us to disagree with this aspect of the FAA’s submission.  First, the regulations governing in-flight operations on their face ‘prescribe rules governing the operation of aircraft within the United States.’ Second, the standards that must be met for the issuance of type certificates cannot be said to provide the type of comprehensive system of rules and regulations we determined existed in Abdullah to promote in-flight safety by regulating pilot certification, pilot pre-flight duties, pilot flight responsibilities, and flight rules. Third, the regulations governing in-flight operations supply a comprehensive standard of care, that could be used to evaluate conduct not specifically prescribed by the regulations, i.e., that a person must not ‘operate an aircraft in a careless or reckless manner so as to endanger the life or property of another.'”

“Our conclusion” the Court noted, “is solidified by the General Aviation Revitalization Act of 1994 (GARA). In that statute, Congress created a statute of repose that, with certain exceptions, bars suit against an aircraft manufacturer arising from a general aviation accident brought more than eighteen years after the aircraft was delivered or a new part was installed. GARA was adopted to limit the long tail of liability imposed on manufacturers of general aviation aircraft. By barring products liability suits against manufacturers of these older aircraft parts, GARA necessarily implies that such suits were and are otherwise permitted.”

With respect to Field Preemption, the manufacturer argued that “because type certificates represent the FAA’s determination that a design meets federal safety standards, allowing juries to impose tort liability notwithstanding the presence of a type certificate would infringe upon the field of aviation safety and would fatally undermine uniformity in the federal regulatory regime.” But the FAA, on the other hand, argud that type certification is only relevant to Conflict Preemption.  Agreeing with the FAA, the Court notes that “when confronting an analogous preapproval scheme for pharmaceutical labeling, the Supreme Court has held that, where manufacturers are unable to simultaneously comply with both federal and state requirements, state law design defect claims are conflict preempted, not field preempted.”

Finally, with respect to the policy arguments advanced by the parties, the Court was not moved by the manufacturers’ predictions of “the dire consequences to aircraft and component manufacturers of permitting products liability claims to proceed under state tort law, for our holding does not effect a sea change. On the contrary, it simply maintains the status quo that has existed since the inception of the aviation industry, preserving state tort remedies for people injured or killed in plane crashes caused by manufacturing and design defects. That status quo leaves intact the traditional deterrence mechanism of a state standard of care, with attendant remedies for its breach. Thus, while perhaps contrary to certain policies identified by Appellees and their amici, our holding furthers an overriding public policy and one we conclude is consistent with the Federal Aviation Act, FAA regulations, GARA, and decisions of the Supreme Court and our sister Circuits: promoting aviation safety.”

The 2018 Court of Appeal decision:

On remand after the 2016 decision, the District Court granted summary judgment on the basis of Conflict Preemption.  Again, the Third Circuit reversed.

The plaintiff argues that the manufacturer’s design for affixing the carburetor parts was defective and that, under Pennsylvania law, Lycoming would be liable for failing to use a different design. Specifically, she asserts that Lycoming should have used safety wire to secure the bolts that attach the float bowl and throttle body.

The manufacturer argued for impossibility preemption because its FAA-approved type certificate precluded it from unilaterally changing its design, and thus it could not simultaneously comply with federal and state law, to the etxent that state law would require it to adopt a different design.

However, the Court of Appeal found that the situation was less analogous to the PLIVA and Bartlett FDA preemption cases, and more analogous to Wyeth. “The Federal Aviation Act and FAA regulations require FAA approval of a type certificate and changes to it. Lycoming, however, is not stuck with the design initially adopted and approved in a type certificate. Indeed, Lycoming has made numerous changes to the type certificate for its O-320 engine, which the FAA approved in short order. As to the carburetor specifically, Lycoming was in communication with the FAA about its design, sought to change the requirement that safety wires be used, and obtained FAA permission to use hex screws and lock tab washers instead.”

In this particular case, “There is no evidence in the record showing that the FAA would not have approved a change to the carburetor’s screws or attachment system. To the contrary, viewing the record in the light most favorable to the nonmovant, it shows that the FAA likely would have approved a change, which also would have meant Kelly would not have used the same allegedly defective design when it overhauled and reinstalled the carburetor in 2004.”

Moreover, and as a matter of policy, (and, notably, quoting from the American Association of Justice’s amicus brief), “allowing state-law claims to proceed in this context complements, rather than conflicts with, the federal scheme… Immunizing aircraft and aviation component part manufacturers from liability for their defective product designs is inconsistent with the Federal Aviation Act and its goal of fostering aviation safety. A manufacturer would have little incentive to correct problems with its plane or parts if it could rely on a type certificate to avoid liability. This would undermine both the goal of the federal regulatory regime and the interests of states in ensuring the safety of their residents.”