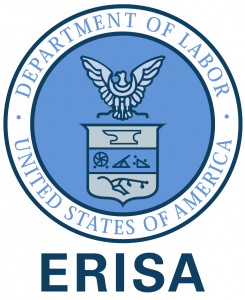 The beneficiary of an ERISA plan administered by an insurance company argued that the Court’s recent en banc decision in Ariana M [884 F.3d 246 (5th Cir. 2018)] required the Court to review the denial of benefits for two surgical procedures de novo instead of for abuse of discretion. “But Ariana M. only governs cases in which a plan does not validly delegate fiduciary discretion. And even though Texas Insurance Code §1701.062 bans insurers’ use of delegation clauses in Texas, Missouri law governs this case,” as the plan was sold in Missouri by a Missouri insurer to a Missouri employer, and the Certificate of Coverage specifically states that the laws of the state in which the Group Contract was issued will apply.

“The district court faulted Anthem for failing to submit more evidence to the ‘Grievance Advisory Panel’ (GAP). It then reviewed the second-level-appeal evidence ‘taken together,’ finding some ‘persuasive’ and some ‘not persuasive.’ This was error. The district court was only supposed to review for abuse of discretion — i.e., did Anthem have more than a scintilla of evidence to support its decision? The district court was not supposed to weigh and balance the evidence. Anthem did not need to supply original evidence or expert witnesses: It only needed to clear the low, more-than-a-scintilla threshold. The five GAP members reviewed the evidence and determined Rittinger’s initial surgery was ‘for weight loss and acid reflux,’ and not ‘excessive nausea/vomiting.’ It is rational, therefore, that Paragraph 33’s exception did not apply. We have said that, when faced with two competing medical views, a plan administrator may exercise discretion and choose one of them. We routinely recognize that plan administrators deserve substantial discretion in their decisions. And when a district court substitutes its own judgment for the plan administrator’s, we reverse.”